TOPIC: CLASSIFICATION OF COMPUTER BY GENERATION

2. Classification of Computer by Generation

By the end of the lesson, most of the pupils should have attained the following objectives –

The pupils can understand that computer accept, process and produces data.

The teacher will teach the lesson with the aid of –

Choose a suitable and appropriate methods for the lessons.

Note – Irrespective of choosing methods of teaching, always introduce an activities that will arouse pupil’s interest or lead them to the lessons.

Each new computer was better than the one before it. Each new type of computer is therefore known as a generation of computers.

Computer are classified according to generation, the following types of computers can be identified as follows –

They are slow and can only store little information.

Third generation computer is the third computer made. They contained integrated circuits that allow flow of electricity.

Fifth generation are work in progress. They are to contain artificial intelligence. 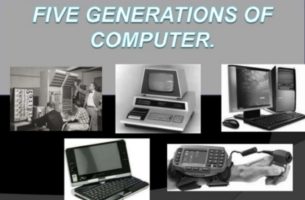 To deliver the lesson, the teacher adopts the following steps:

1. To introduce the lesson, the teacher revises the previous lesson. Based on this, he/she asks the pupils some questions;

Pupil’s Activities – Look at the chart and describe the difference.

4. Summarize the lesson on the board.

To conclude the lesson for the week, the teacher revises the entire lesson and links it to the following week’s lesson.

4. What is the different between first and last computer generation?

5. What is the different between second and third generation?

Welcome! We believe teachers inspire our future. CRN (ClassRoomNotes) is a website FOR TEACHERS BY TEACHERS, and we aim to continuously inform and encourage teaching! All materials are subject to TERMLY review. Eko Quizzes Now available at ekoquiz.com.

First Term Examination for Primary 1 (Basic 1) All the Subjects

First Term Examination for Primary 2 (Basic 2) All the Subjects

Teachers play the most important role in the lives of children. They are their mentors who guide them through toughest times, help solve their problems and prepare them for the competitive world by bringing out the best in them.

I wish you a happy summer. Eat fresh juice and have a great summer.

Finally the holiday is here. I hope you will have a great time with your family.