Plane shapes are two dimensional figures such as triangles, quadrilaterals and circles.

Plane shapes are closed flat figure that have different characteristics such as the number of sides angles and corners (vertices).

Plane shapes are two-dimensional, e.g., squares, triangles, and circles. The straight lines that make up a plane shape are called sides. The points where two sides meet are called corners.

A side is a straight line that makes part of the shape, and a corner, or vertex, is where two sides meet.

There are different types of plane shapes,

Triangle is a 3 sided plane figure or shape with sum of angles equal to 180°.

A triangle has following properties,

The major types of triangles are as follows:

An equilateral triangle with all the three sides and angles equal. 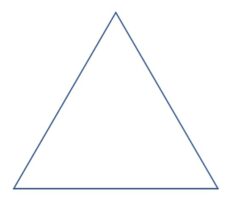 Each of the angle is acute angle, that’s less than 90°. 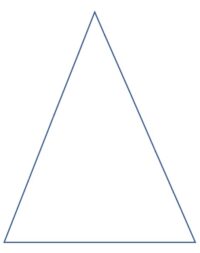 A Scalene triangle is any triangle with unequal sides and angles. 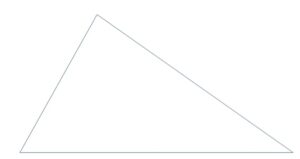 There are three types of scalene triangle,

6. What is the sum of angles in a triangle?

Quadrilateral is a four sided plane figure or shape with sum of angles equal to 360°.

A quadrilateral has following properties,

There are different types of quadrilateral are as follows:

A square is any quadrilateral with four equal sides and and equal angles.

A rectangle is any quadrilateral with two opposite sides equal and equal angles.

Rhombus is any quadrilateral with four equal parallel sides and equal opposite angles.

Rhombus is not the same with a square.

There are 3 types of trapezium,

1. What is a quadrilateral?

4. Differentiate between square and rectangle.

7. Rhombus is not a square. Discuss.

8. Each type of quadrilateral is a complete parallelogram except _________.

9. What is the sum of angles in a quadrilateral?

Pentagon is a plane shapes with 3 or more sides and angles.

The following are types of polygons,

Hexagon is a polygon with six equal sides and six equal angles.

Octagon is a polygon with ten equal sides and ten equal angles.

2. State 5 types of polygon you know.

3. Polygon is any shape with 3 or more sides. True or False

4. State all the polygon with 5 or more sides.

5. What is the number of sides and sum of angles in each of the following:

6. Draw the shape of the following:

A circle is a round plane shape figure with no corners or edges.

PROPERTIES OF A CIRCLE

The properties of a circle are as follows:

PROPERTIES OF A CIRCLE

A circle is the distance or line round a circle.

Radius is the line from the centre point of a circle to the circumstance.

It is half of the diameter.

Diameter is the line that passes through the centre point of a circle and touches the two points on the circumference.

It is twice a radius.

A chord is a straight line that joins any two points on the circumference.

An arc is a part of the circumference of a circle

There are two types of arc,

A sector is a part of a circle enclosed with two radii that connects the arc of a circle.

Secant is a line that cuts the circle into two parts.

Each part is not equal to the other.

A tangent is the line that touches the circle of a circle.

Semicircle is the half of the circle.

2. State 5 properties of a circle.

3. differentiate between a radius and a diameter.

5. Draw and indicate 5 properties of a circle.

A line of symmetry is a line that a shape exactly into two.

If you fold a shape such a square into two and both parts would match exactly, the line in between is known line of symmetry.

Teacher organizes pupils in groups or pairs depending on the size of the class to determine the lines of symmetry by folding or cutting.

There are 3 major types of triangles,

Equilateral triangle has 3 lines of symmetry.

Isosceles triangle has one line of symmetry. 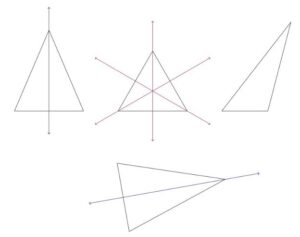 There are different types of quadrilateral are as follows:

1. Square has 4 lines of symmetry.

2. Rectangle has 2 lines of symmetry.

3. Rhombus has 2 lines of symmetry.

4. Parallelogram has no line of symmetry.

5. Trapezium has no line of symmetry. 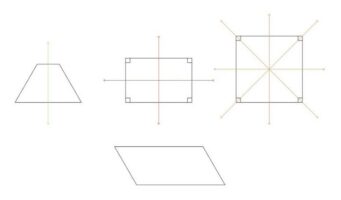 Polygon has 5 lines of symmetry. 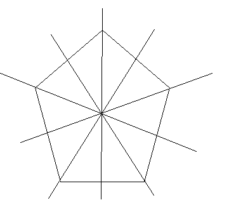 Hexagon has 6 Lines of symmetry. 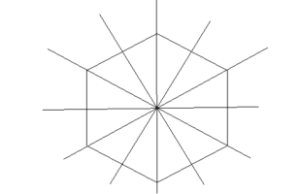 Heptagon has 7 lines of symmetry. 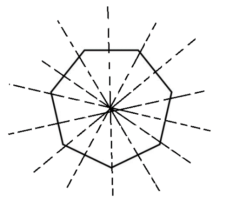 Octagon has 8 lines of symmetry. 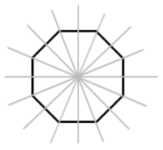 Nonagon has 9 lines of symmetry. 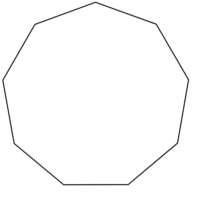 Decagon has 10 lines of symmetry. 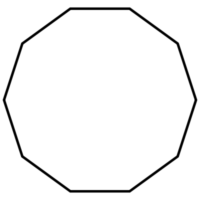 1. explain the meaning of plane shape with examples.

6. state and explain each types of quadrilateral.

8. write short note on the following:

9. state the number of lines of symmetry for each of the following:

Welcome! We believe teachers inspire our future. CRN (ClassRoomNotes) is a website FOR TEACHERS BY TEACHERS, and we aim to continuously inform and encourage teaching! All materials are subject to TERMLY review. Eko Quizzes Now available at ekoquiz.com.

This site uses Akismet to reduce spam. Learn how your comment data is processed.

First Term Examination for Primary 1 (Basic 1) All the Subjects

First Term Examination for Primary 2 (Basic 2) All the Subjects

Teachers play the most important role in the lives of children. They are their mentors who guide them through toughest times, help solve their problems and prepare them for the competitive world by bringing out the best in them.

I wish you a happy summer. Eat fresh juice and have a great summer.

Finally the holiday is here. I hope you will have a great time with your family.